The Joseph D. Wienand NDIA CBRN Division STEM Excellence Award is in recognition of the greatest overall STEM achievement and or efforts of an individual that most significantly impacted CBRN Defense programs.  Over the years Mr. Joseph D. Wienand championed several STEM programs, and this award acknowledges the lasting impacts Mr. Wienand has made. The award will be presented at the annual NDIA CBRN Defense Conference.

This award recognizes the individual who, in the judgment of the panel, demonstrated outstanding accomplishment through their own personal innovation and creativity in the areas of STEM.  Example areas include, but are not limited to: scientific, technological, engineering, or mathematical improvement, enhancement of a CBRN defense related product, system or process for the current year.  The achievements for which this award will be considered may relate to any of the many components that make up our highly diverse, complex, and vital CBRN defense community.

Eligibility for this award includes persons (military service members, government employees, and/or contractor employees) that have 10 years or less experience working in a STEM related position that focuses on delivering CBRN hardware, software, or CBRN related medical products. All executive and or service CBRN Defense supervisors of Headquarters, plants, depots, laboratories, and proving grounds, are asked to seriously consider the contributions of their best qualified junior to mid-level/grade subordinates for this prestigious award. 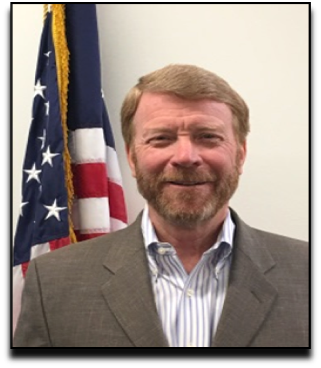 Joe Wienand began his career as an active-duty US Army Chemical Officer, year group 1979.  He became a civilian engineer at Edgewood Area – APG, MD in late 1982 where he oversaw the type-classification of the M17 Lightweight Decon System.  He also worked on chemical detection and smoke generation projects.

Joe accepted a position with the Department of Energy’s Rocky Flats Nuclear Weapons Plant where he helped successfully clean-up and close the facility.   He then became the Director for the Office of Personnel Management’s Western Management Development Center where he led the development of civilian leaders from all federal government agencies.

Joe returned to the Edgewood Chemical & Biological Center in the early 2000’s where he eventually became the first SES Director of Program Integration and then the Executive Director (SES) of Edgewood Chemical & Biological Center from 2010 – 2014.  He was responsible for over 1,400 scientists, engineers, & technicians, who handled the world’s most lethal substances, to devise protective equipment for the military & civilians.  He is credited with leading the organization during the in-house design, fabrication, and operation of the technological which destroyed over 600 tons of Syrian chemical weapons at sea, for the United Nations.  He was passionate about developing his people to be the best scientists, engineers, operations technicians and leaders possible.   He also encouraged STEM education in the local community to develop the next generation of technical leaders for our country.

He has been recognized with a Presidential Rank Award; the Federal Lab Consortium's "Laboratory Director of the Year" in 2014; an Army Decoration for Exceptional Civilian Service, and the only “on-the-spot” Reinventing Government “Hammer Award” ever given by the Vice President’s Office.

Joe retired from federal service in late 2014.  He continues to serve as a teacher, consultant and coach for government clients in executive leadership and organizational development, as well as technical consultant for the CBRN community.